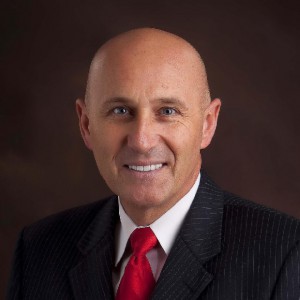 David Lonsdale founded The Lonsdale Group, a boutique investment and advisory firm, building upon his 35 years’ operational experience spanning the corporate and entrepreneurial environments both domestically and internationally.

In the corporate sector, he grew divisions for McDonnell Douglas/Boeing and Dun & Bradstreet/Nielsen, and as an entrepreneur he built and successfully sold three venture-funded technology companies to Microsoft, Sun Microsystems and Click Commerce. David’s companies focused on innovation and “disruptive” technologies including one company that developed the first integration of analog and digital data on a pen-tablet computer, PD Reader, and another that facilitated the first Electronic Data Interchange (EDI) transaction.

In 2004 David became president of Allegiance Capital, a middle-market private investment bank, and successfully sold his ownership in 2014.

During this period Allegiance Capital, through its advisory services to business owners regarding the sale or recapitalization of their businesses, grew ten-fold to become one of the major banks in the industry.

Today David Lonsdale runs The Lonsdale Group, a private advisory and investment firm, and currently serves on the boards of companies, both private and public, including:

David holds a BS (Hons.) in Mathematics and Physics from the University of Leeds and an MBA from Cornell University. He has been married for 39 years and has two children. His wife Kittie is an award-winning designer in New York, having made a name for herself when her company responded to Mayor Bloomberg’s focus on “living in small spaces”.  Jessica, his daughter, graduated valedictorian at Trinity Christian High School, won scholarships to Vanderbilt University and earned a Law degree

from the University of Texas. Today she is happily married, living in Dallas, Texas, and runs her own social media company.  David “Matt” Lonsdale, his son, is an executive officer of The Lonsdale Group. Matt graduated high-school in Coppell, Texas and immediately enlisted as an infantryman in the US Marine Corp. After Basic Training in San Diego, he was based in Camp Pendleton, CA. He proudly served two tours in Iraq and was promoted to a non-commissioned officer before his honorable discharge in 2012. Today, Matt brings the benefits of his military training to the firm, focusing especially on relationships that the firm has with companies like Veterans Financial Group.

David Lonsdale has written over 30 articles for Inc. Magazine addressed to the owners of middle-market businesses and their executives, focusing on leadership, management and growing & selling your business. Read them at David M Lonsdale, The Capital Advisor.

The Lonsdale Group invests its own money in transactions and is not bound by a “corporate investing guidelines” philosophy. This means we can be flexible, and adapt to the needs of each specific transaction.

END_OF_DOCUMENT_TOKEN_TO_BE_REPLACED

David Lonsdale founded The Lonsdale Group at the beginning of 2008 building upon his 35 years’ operational experience spanning the corporate and entrepreneurial environments both domestically and internationally.